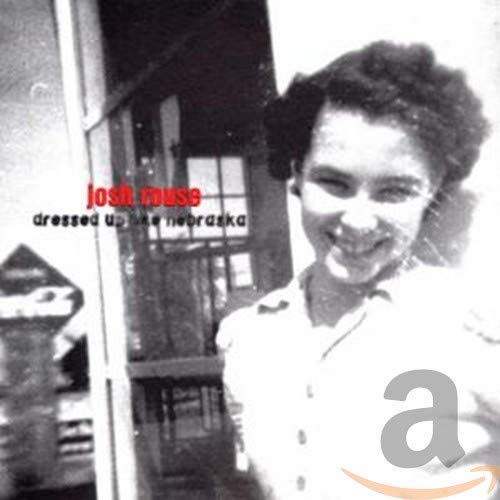 On April 28th, Josh Rouse makes his debut with the Slow River/Rykodisc release DRESSED UP LIKE NEBRASKA (SRR 36), a collection of vignettes soaked in raw emotion and wrung out, elegantly. Sort of Freedy Johnston meets Nick Drake, Rouse's vocals resonate with a can't-quite-put-your-finger on it longing, making his music as much about what's left in it, as it is about what's left out.

Born in Nebraska and recently relocated to Nashville, Tennessee, 25-year-old Rouse lived for spells in California, Utah, Wyoming, Nebraska, South Dakota, Georgia and Arizona. Though he wanted to be in a band since he was 15, and was more than mildly obsessed with Morrissey's Viva Hate, the Cure's Kiss Me, and U2's Joshua Tree, he was 18 before he wrote his first song. His uncle taught him guitar by teaching him Neil Young material, but the English record collection moved with Josh from state to state. Not even ten years since his first writing effort, DRESSED UP LIKE NEBRASKA is unsurprisingly equal parts rootsy, straight-ahead rock, with just enough British pop to reflect his earliest infatuations.

Showcasing his evocative songwriting and unassuming musicianship, DRESSED UP LIKE NEBRASKA is performed on acoustic guitar, brushed drums, and subtle bass, with arrangements including cello, organ, and violin (augmented by producer/collaborator David Henry, a Cowboy Junkies tour alumnus) that tint the songs with a shimmery warmth. Part moody and melancholic, part music for the freeway, NEBRASKA collects 10 original songs that move from one to the other with an easy grace.